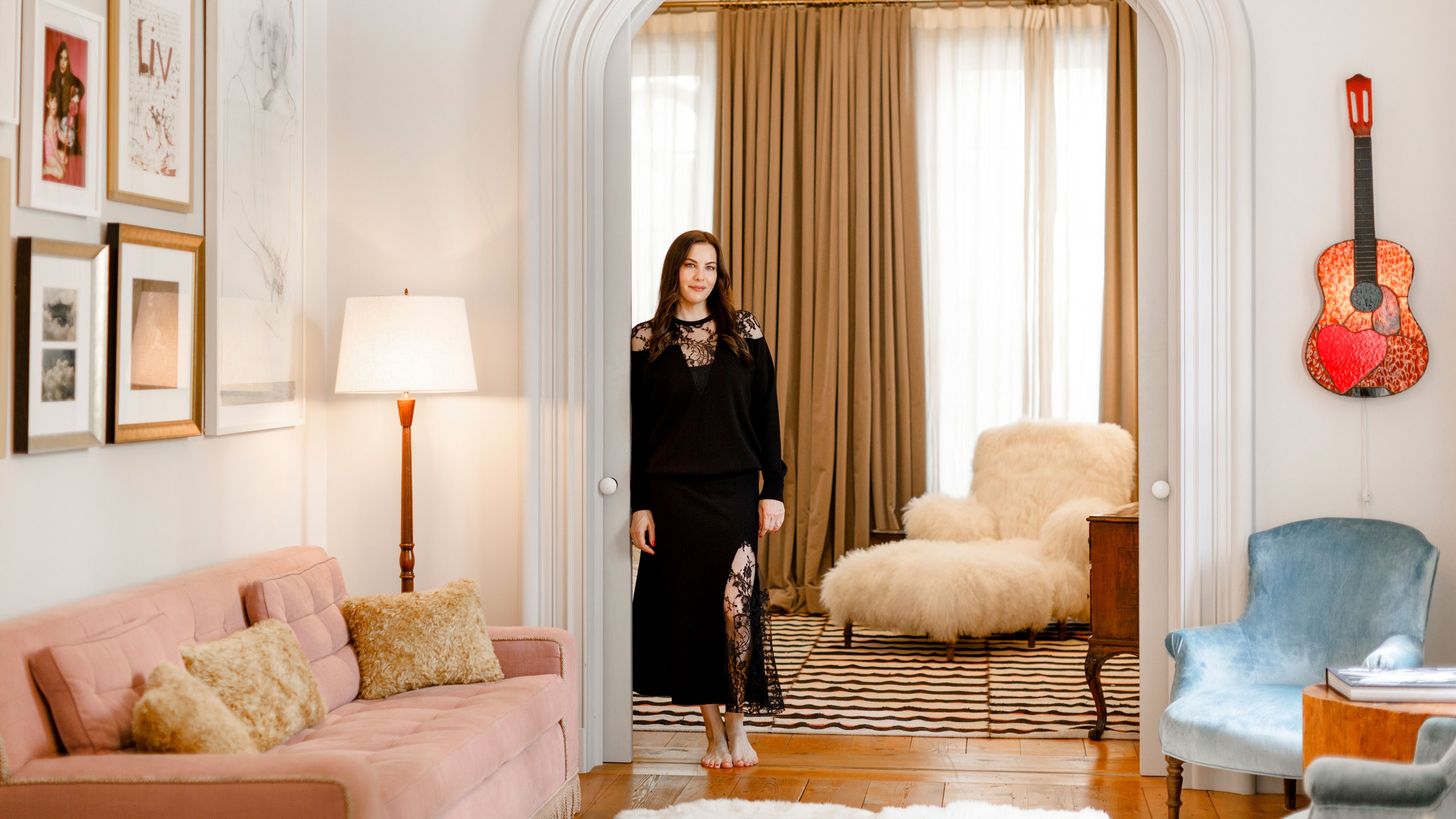 Like the Corner Bistro or Bleecker Street, Liv Tyler is synonymous with West Village living. A resident of one of Manhattan’s most charming neighborhoods for the past two decades, the actress has been photographed infinite times, with and without her children, on her local streets—walking her dog, pushing a stroller, or running in to her corner store to pick up a pantry staple. “I just love how I don’t even have to leave my block,” says Tyler. “Mary’s Fish Camp is my favorite restaurant. I grew up in Maine so I get all Maine food there. Lobster knuckles. And then going to my deli is my favorite thing. I literally go across the street and will talk to the guys there for, like, 45 minutes and get all my favorite treats.”

Although she recently purchased a townhouse in London (she is married to a Brit, sports agent Dave Gardner), she will always consider her lovingly restored, four-story townhouse on West 11th Street her home. “I come all the time for work,” says Tyler. “I've been here five times in the past few months. I just come and stay and plan little plans where I invite everyone that I love to come and be with me here. Everything I've ever owned is here. All my clothes, all my collections and all the little things.” Tyler added pocket doors on either side of this central room in order to create two flanking rooms. “It’s been so many things over the years,” says Tyler. “At one time it was my office. Then it was [oldest son’s] Milo’s room. Then it became Sailor’s room. Now it’s Sailor and Lula’s room, and has been like this since I have had my [younger] children. This is where we play and read stories.” Many of the books are mine from when I was a kid,” says Tyler. “I always save everyone’s books.” Tyler worked with friend Vance Trimble, an interior designer and collector, to create all the curtains. “His brother is an ironmonger and made all the brass rods; they weigh a ton,” says Tyler. “The curtains are silk velvet because I wanted them to be really soft and cozy.” The two sheep on the fireplace mantle are from West Village children’s concept store Yoya. “I have them all over the house,” adds Tyler. The stacked reading cushions are by Coco-Mat. 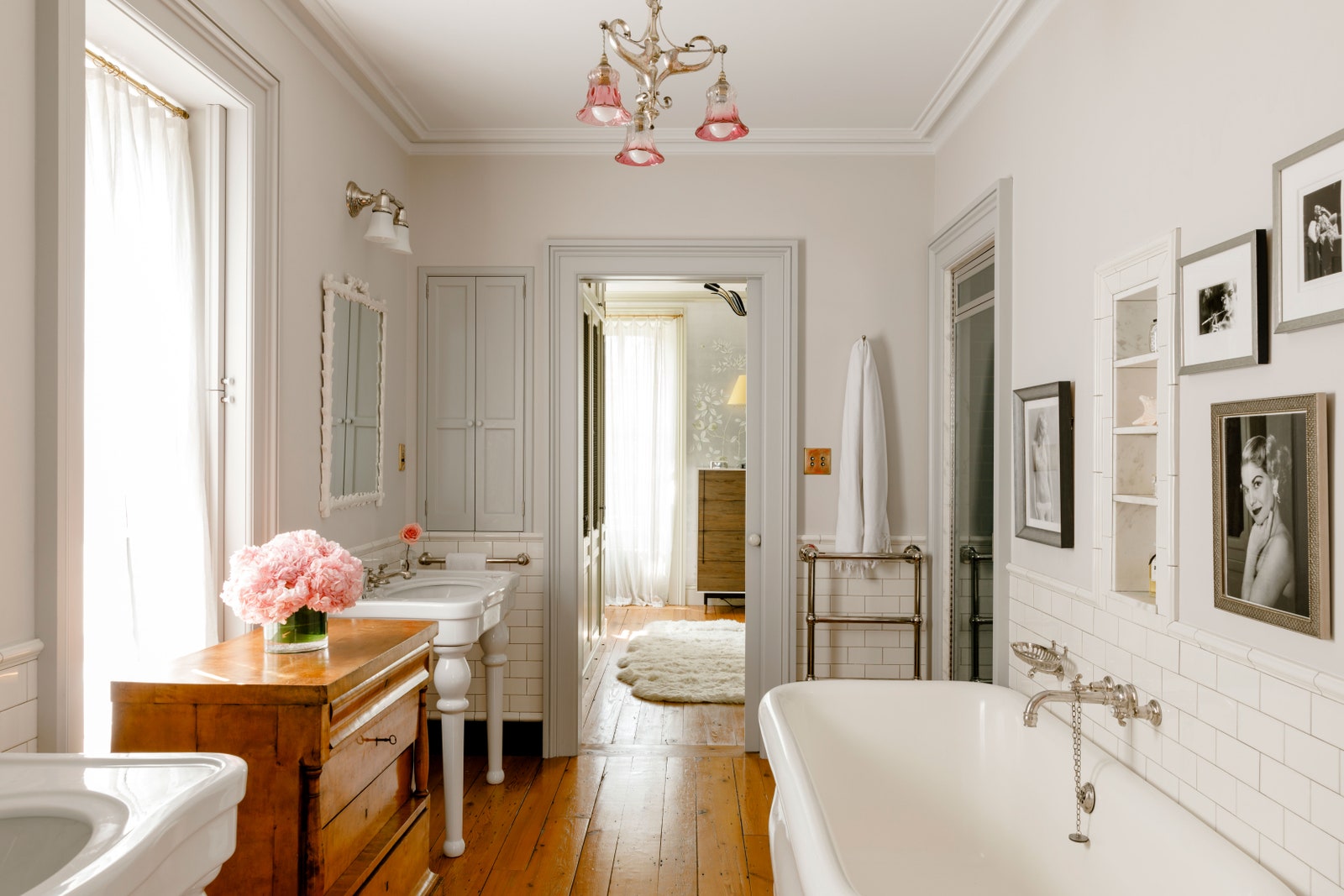 It’s Tyler’s devotion to the little things, those most special character-defining details, that turned her property’s renovation into an absolute labor of love. Built in the late 1800s, the brownstone had already been through a handful of incarnations by the time Tyler purchased the building in 2001. “I had been told that three spinster sisters had lived there, which I loved,” says Tyler. “Then a politician owned it. Each floor was a two-bedroom, two-bathroom apartment, and everything historic had been taken out of it. When I found it, it was really, really, really run down. You really needed to have a vision to see what it would be—and I could just see it.”

After meeting with a handful of architects, Tyler decided to work with Ben Petreath, who had been with Fairfax and Sammons at the time. “I picked them because they did hand drawings as opposed to all the computer-generated ones,” she recalls.

The two certainly had their work cut out for them. Says Tyler, “It was weird because even though I was so young, I really wanted to bring the house back to its original glory. I wanted to really honor the house and put back all the beautiful details. Literally, every window is new, every door is new. We gutted it down to the absolute brick. You would be in the basement looking up to the attic. The only thing that we kept was the stairs, all the beautiful carvings and the banisters, but each step, each tread and riser, had to be remade.”

Given the mandate, there was no room to cut corners. “We found these beautiful wood floors from a barn upstate, and got those in,” says Tyler. “And even things like the windows, I wanted them to look like the windows used to look, so we used Polish glass from this one factory where they would blow them into single panes. When you look up at them, the light just dances in them differently.” 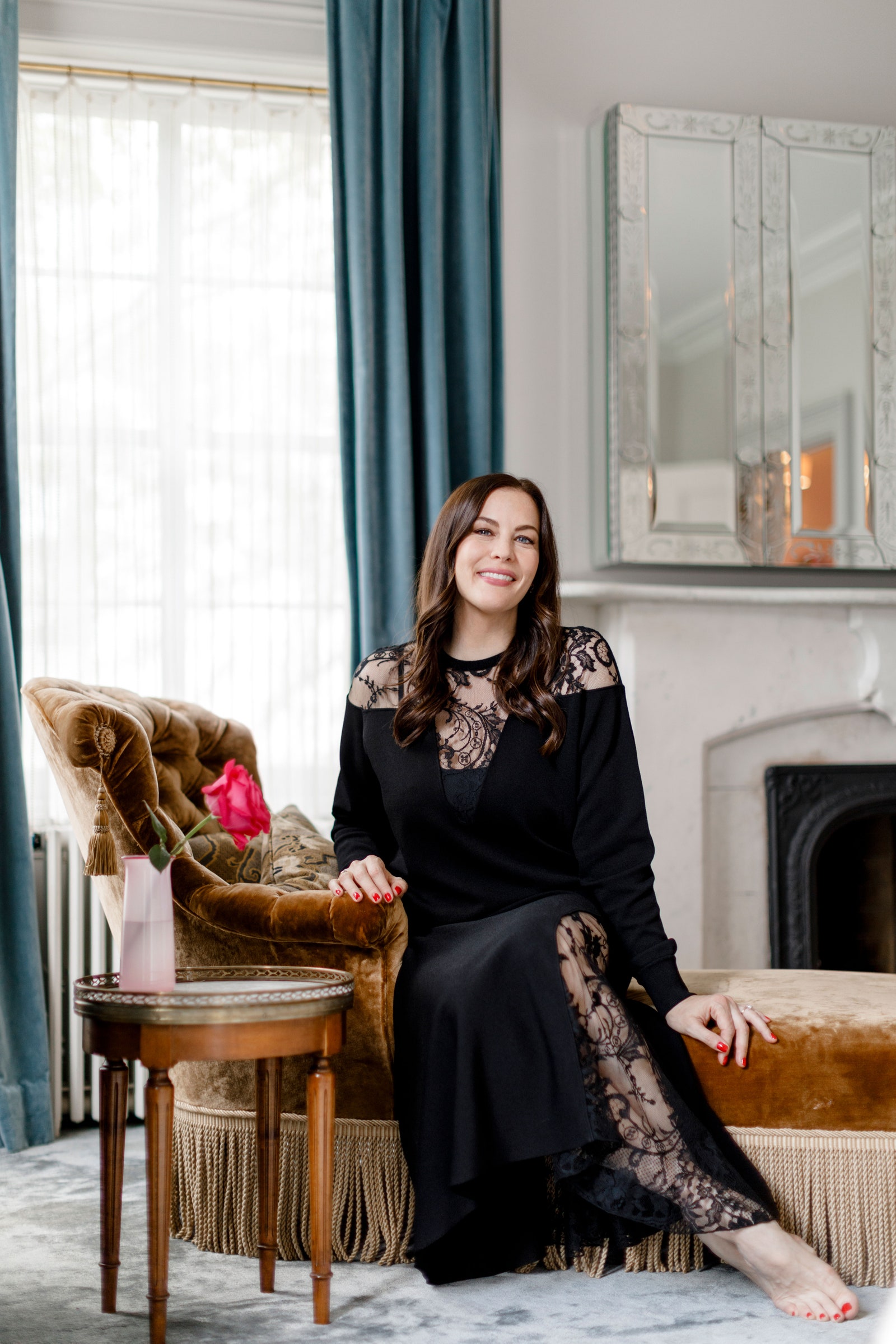